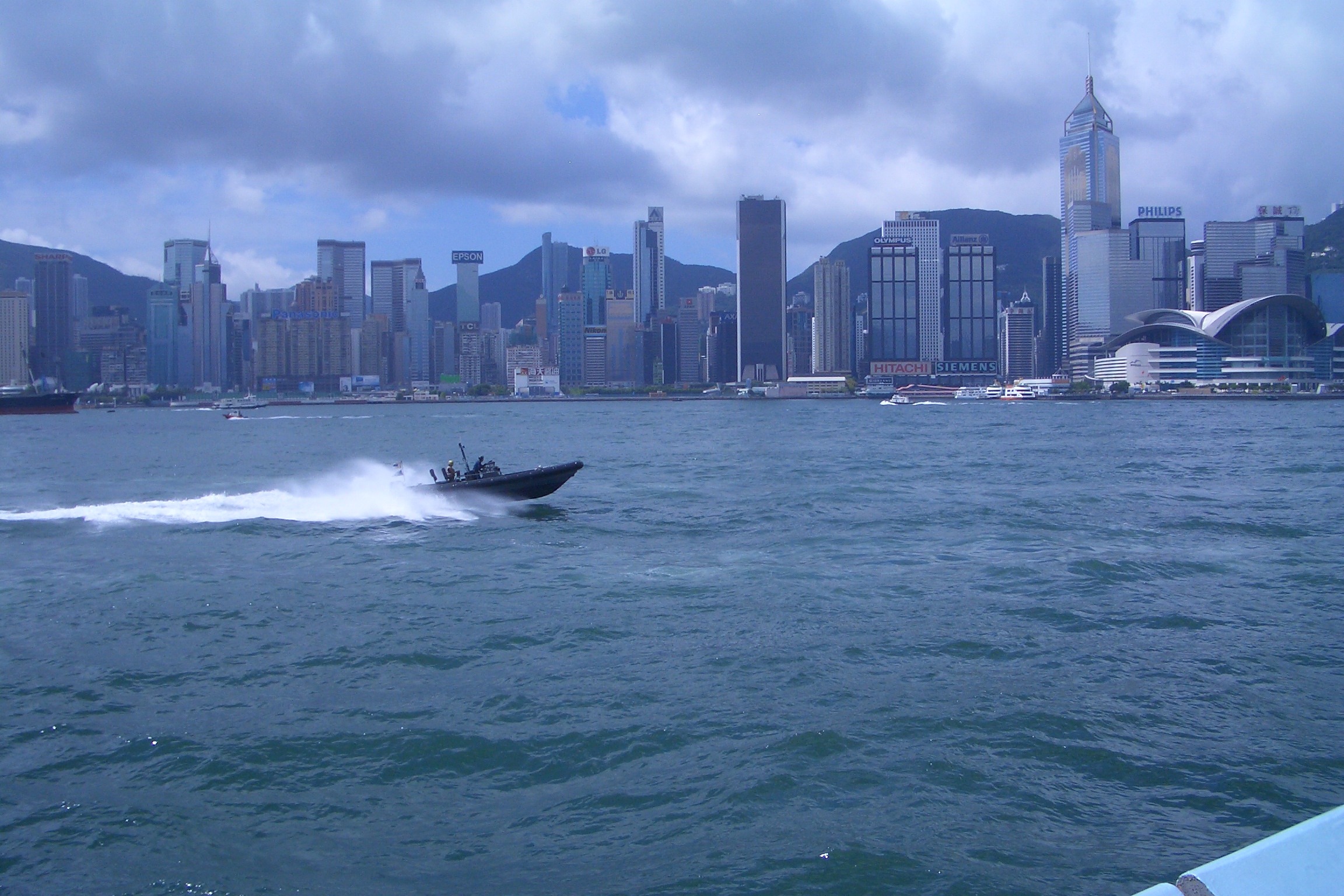 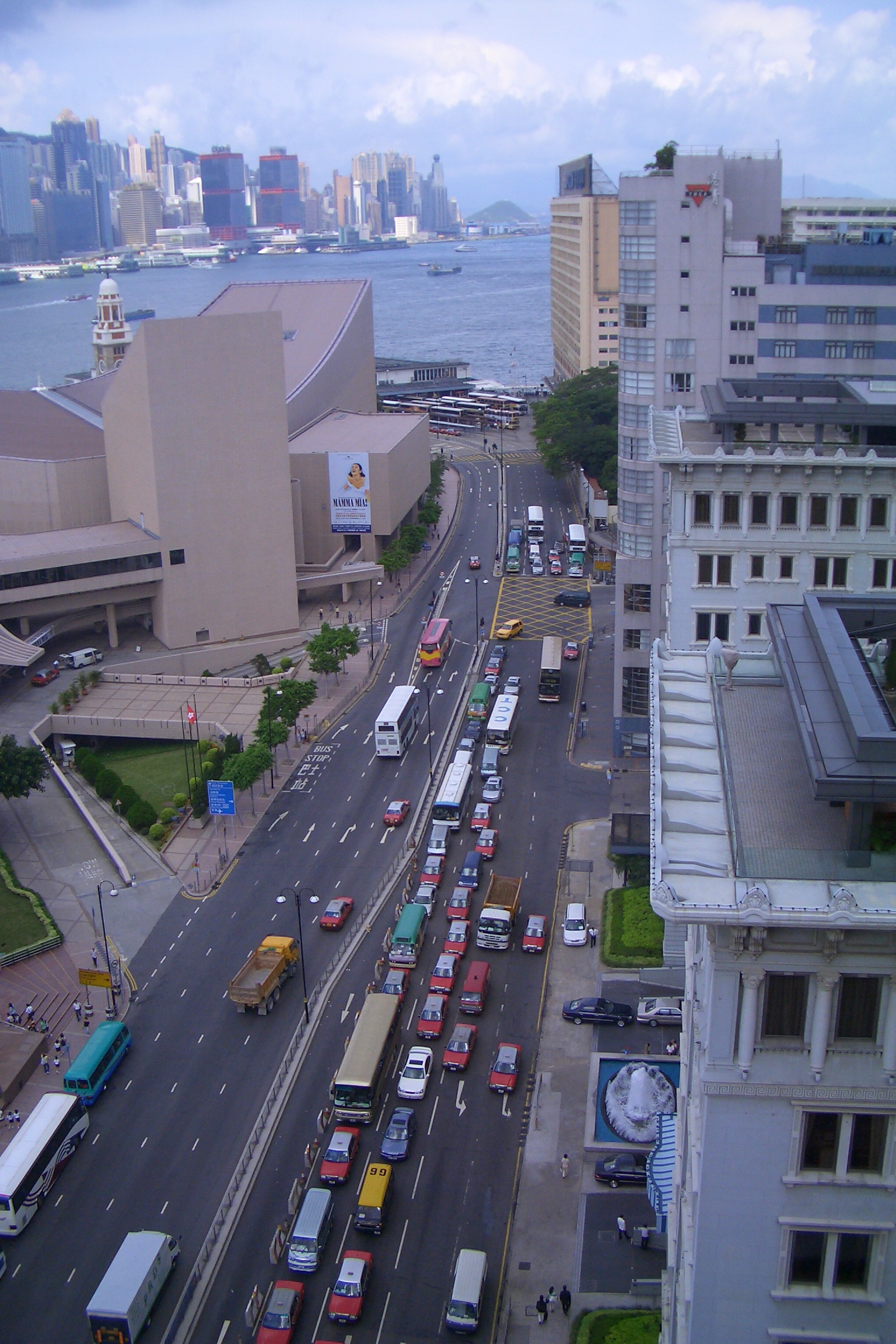 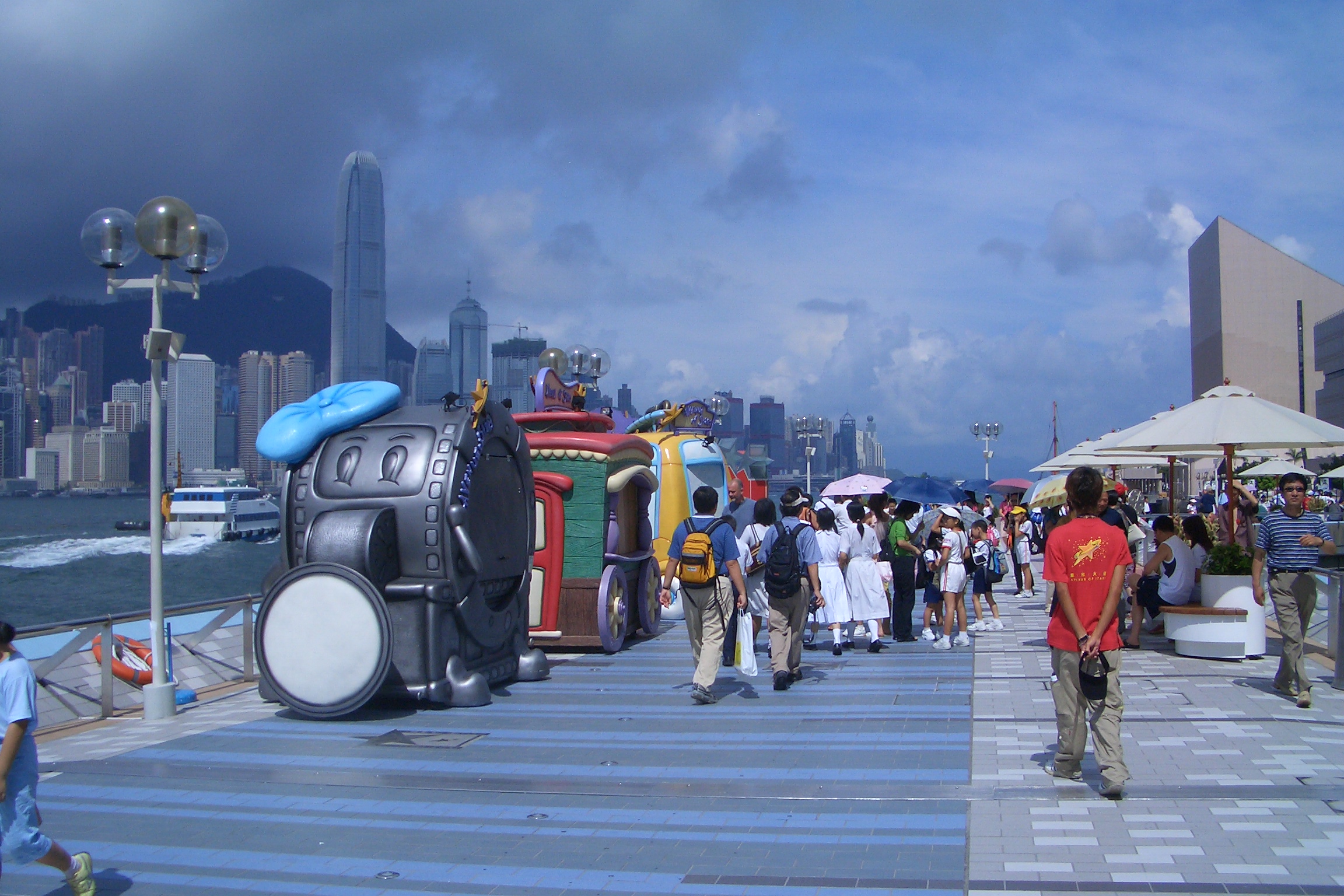 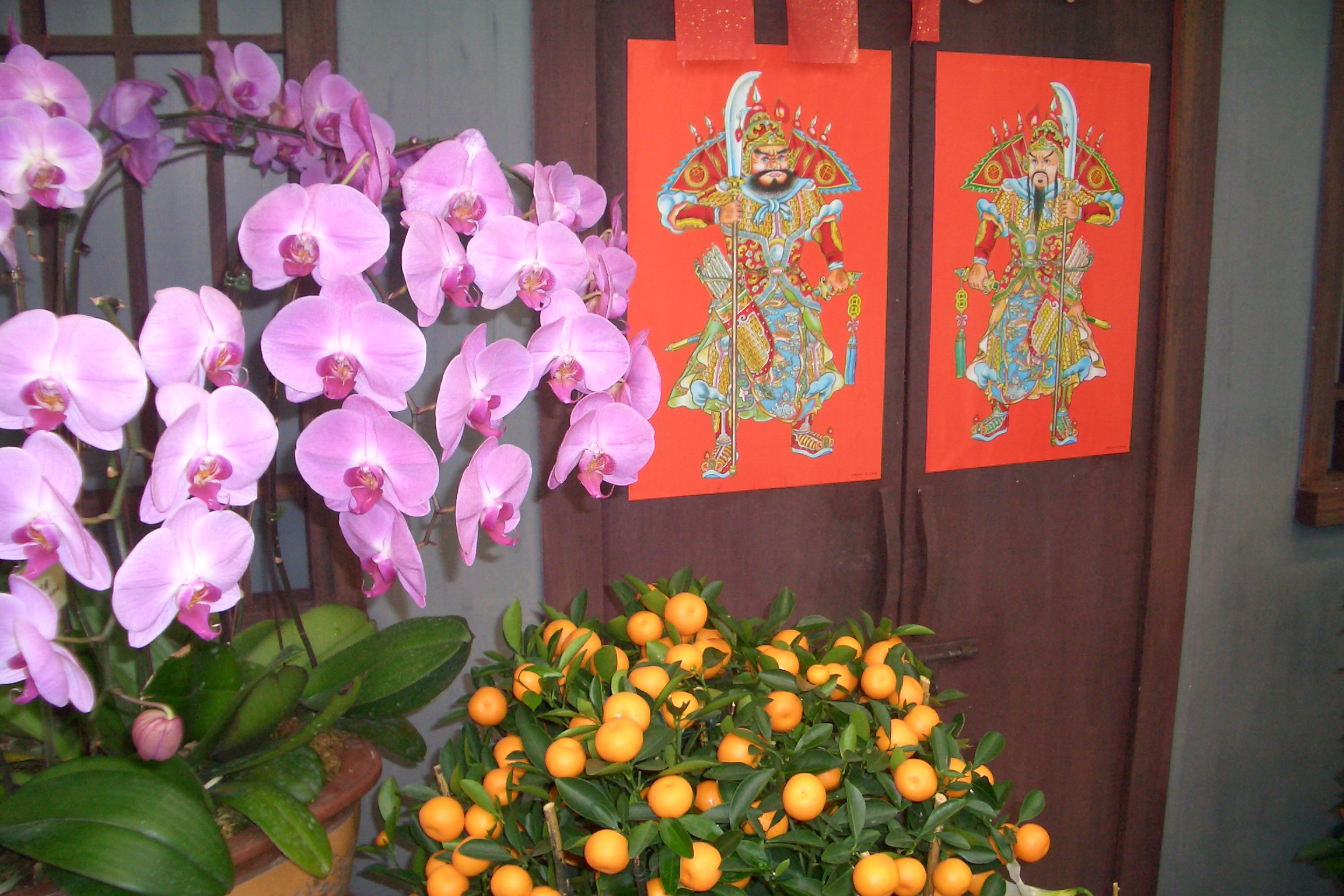 When people think of China, they usually think of Hong Kong.  But while the British turned control of Hong Kong over to China, it still operates much as it did under British rule, complete with Hong Kong currency. 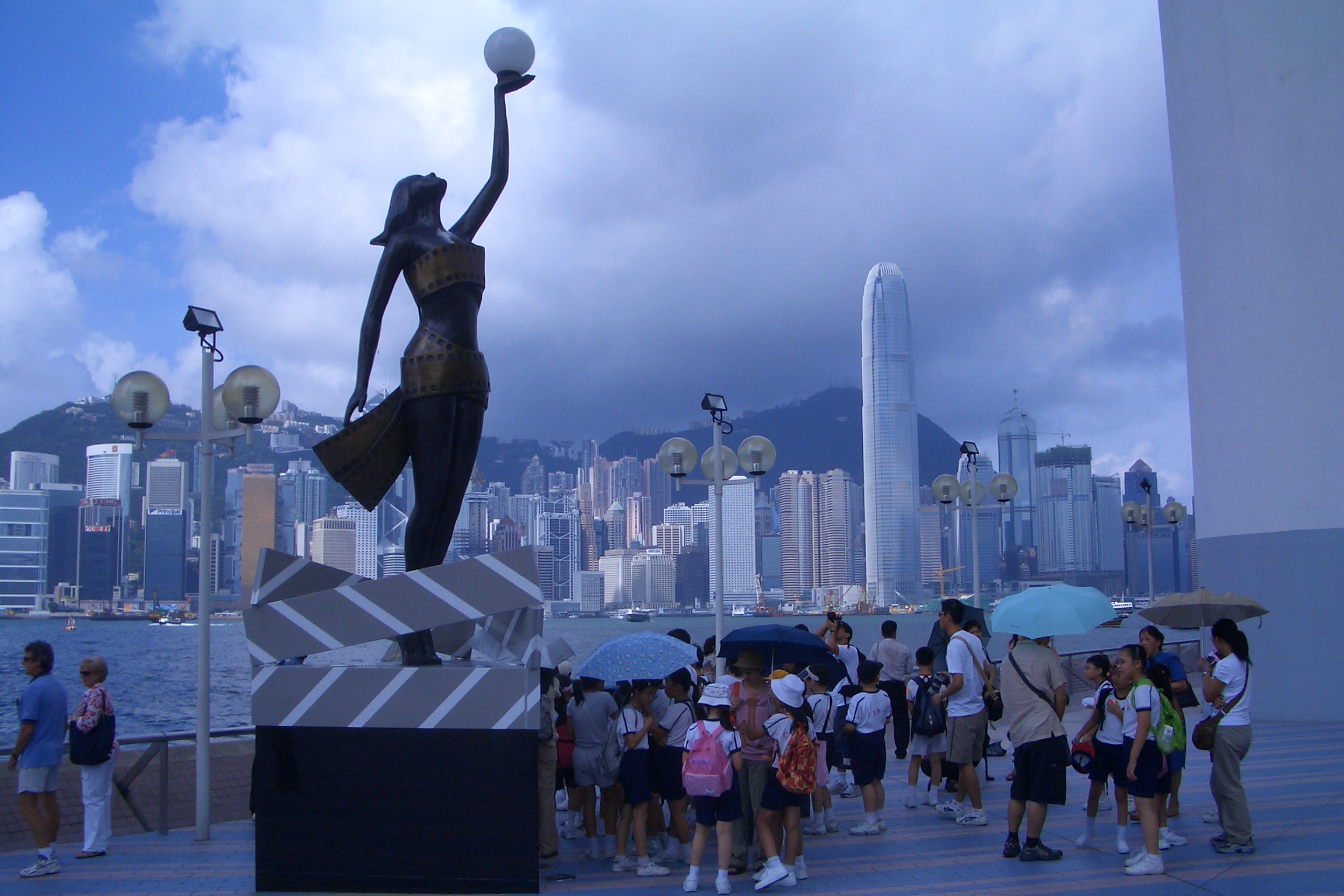 When I layover in this region, I stay in Kowloon, which is directly across from Hong Kong island.  Hong Kong's new airport was a welcome replacement for its challenging predecessor near the harbor, and while the drive is long to get into town, it is a pretty drive that crosses over some amazing new bridges.

Hong Kong is a city of neon, and daily shows along the harbor demonstrate that no one uses neon, laser lights, and fireworks better than the Chinese.  Shopping and night life are key attractions to both Kowloon and Hong Kong.  Riding the century old green and white ferries between the cities is a must.  Hong Kong may take center stage, but Kowloon has plenty to offer.  Kowloon's waterfront art museum and walk of fame are well worth the look.  One art exhibit I found particularly fascinating was North Vietnamese art from the Vietnam War era.  It provided a very different perspective of what the war was about.  There are always two sides to a story, and understanding both is a key element in resolving conflicts. Shenzhen may not be far from Hong Kong, but it is definitely part of Communist China.  China's red and yellow flag proudly wafts atop tall poles after being raised by goose-stepping Chinese guards.  However, if you were expecting to see drab clothing and antiquated cars, you are sadly mistaken.  Like most of China's larger cities, Shenzhen is as modern as any western city.  China has re-invented itself in the last couple of decades as it has emerged as one of the world's greatest economic powers.  China is using resources faster than any other country.  China's middle-class has emerged so quickly that it seems everyone just received their driver's license.  In a place where bicycles, scooters, busses, trucks, and pedestrians all compete for the same space, don't even think about renting a car.  Whether you're riding a bus or a cab, it's sometimes best to close your eyes until reaching your destination. Like Shenzhen, Shanghai has become another modern metropolis.  Old buildings are constantly being demolished so new ones can be raised.  You'll need a tour guide to show you old China.  Still, I love walking and I've explored areas where I doubt any tourist has dared to tread.  If you're willing to walk off the beaten path, you can find some incredible shops and markets that don't cater to tourists.  As with anywhere, smiles go a long way.  I've always felt safe walking in China and have never had any negative encounters.  I suspect part of the reason is China frowns upon crime and delves out severe punishment to those who don't comply.  Even so, it's best to check with the concierge before taking a walking tour. China may require a tourist visa, so keep that in mind if you plan to visit.  Don't limit yourself to the cities.  Some of the best sites are not the easiest to reach, but you will have a much better appreciation for this ancient culture if you're willing to go out of the way.

Copyright © 2011 Mark W. Danielson. All Rights Reserved.
All photographs and articles are the exclusive property of the author unless otherwise stated.  No portion may be reproduced without the consent of the author.